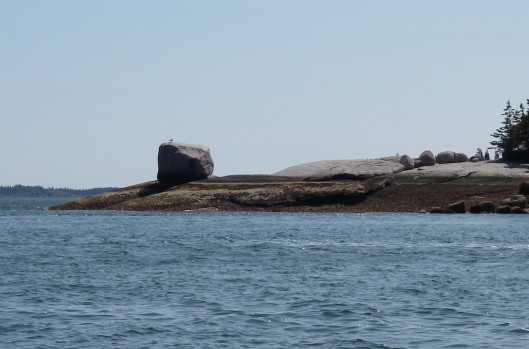 The third trip this year started a couple of weeks ago, heading generally west from Gouldsboro Bay, with a destination of Penobscot Bay. The New England Junk Rig Gathering is coming right up, outside of Castine, which has made for a very specific goal. Having a time consideration, the boat and I set out a couple of weeks ahead, and went up into Frenchman Bay. Here’s Mosquito Harbor, which I’ve been looking at on charts for years. It’s a keeper. 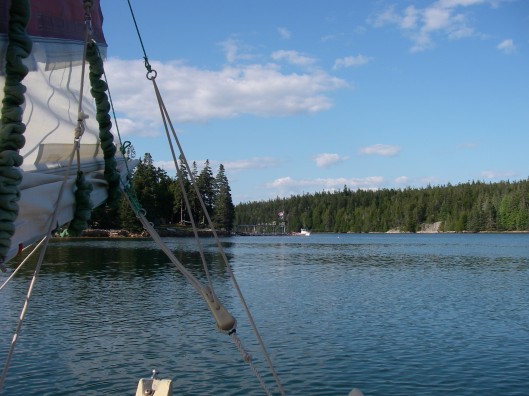 The boat farm came along with. 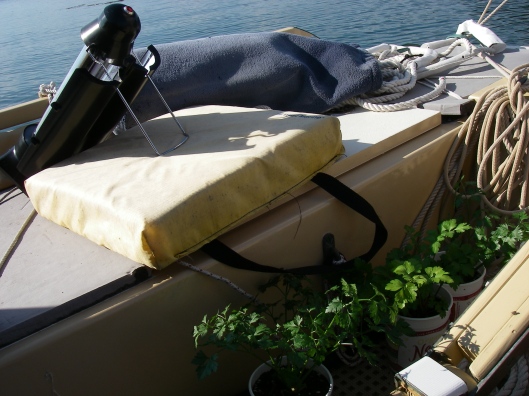 Going north from there, it’s all about working one’s way around Mount Desert Island. 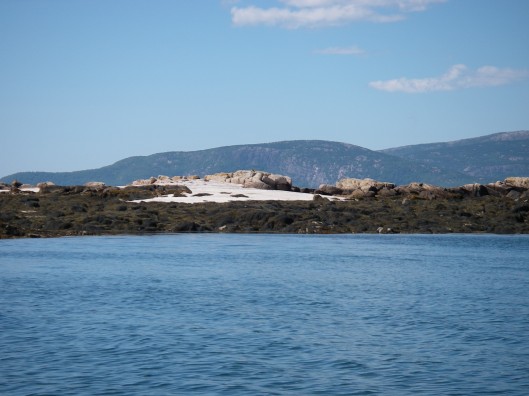 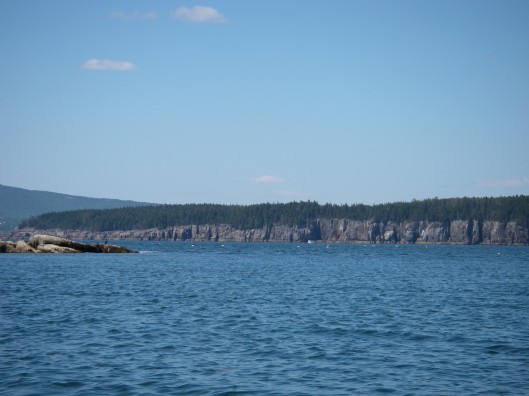 Further along, small rivers feed into the Bay. This one has fishing weirs visible at low tide. 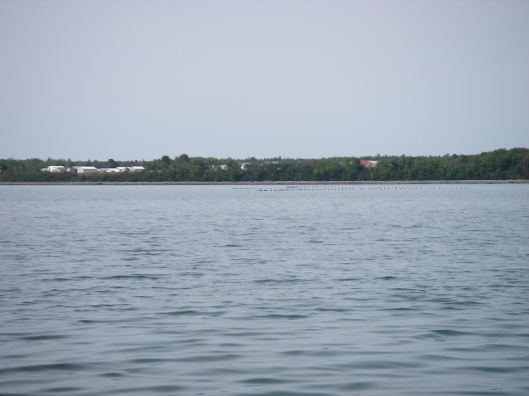 A bridge connects MDI to the mainland, over a narrow passage in the middle of a long causeway. The timing of tide and wind worked at about six o’clock in the morning, for passing through into Blue Hill Bay with about a foot to spare above the top of the mast. Hooray for small boats! 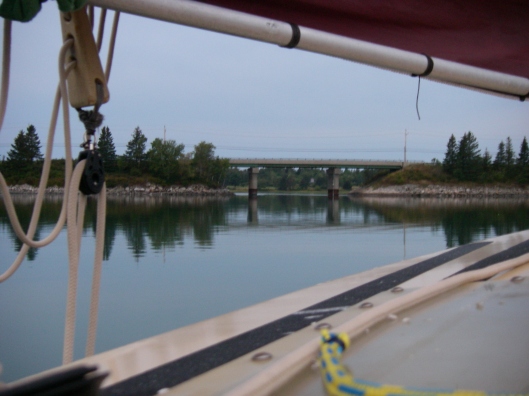 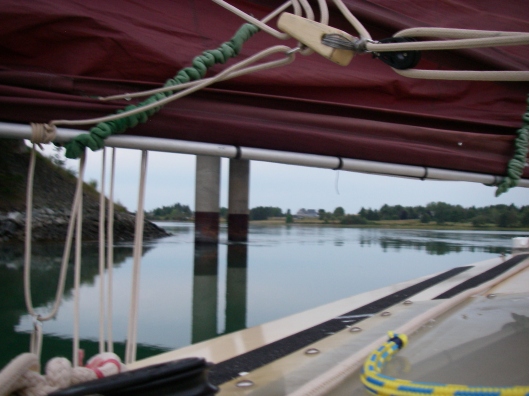 And the view from the other side: 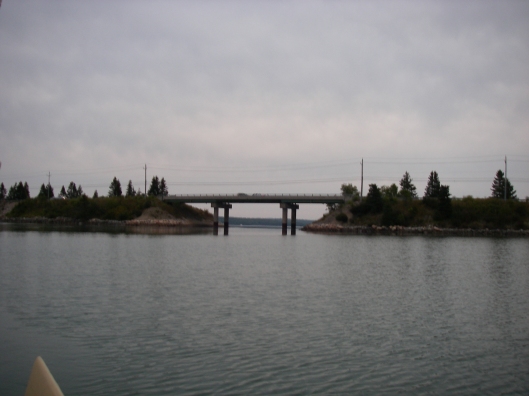 This sailing vessel, ALCA i, has been doing research on algae in the bays of Maine for decades. They come into Gouldsboro Bay, and it was fun to see them again on the west side of MDI, inside of Barter Island. 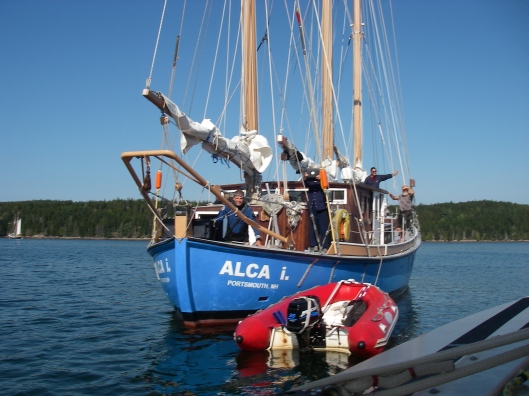 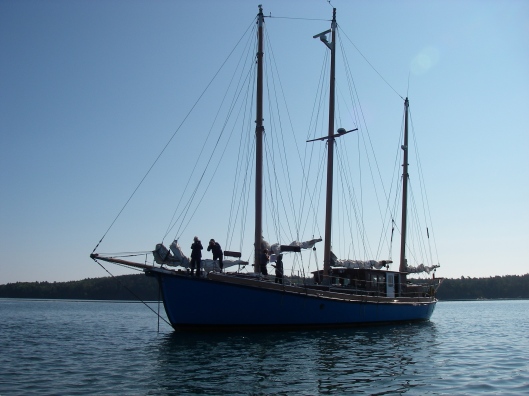 You can see more about their work, and help if you like, here: https://www.gofundme.com/alcai

Then it was down to Mackerel Cove, at Swans Island. 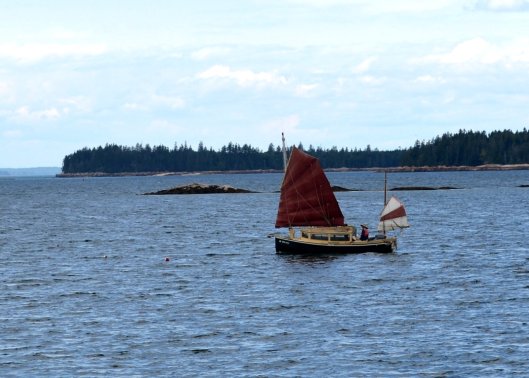 By the next day there was a fierce wind carrying on in the outer harbor.

Kent, brave soul, rowed out to visit regardless! 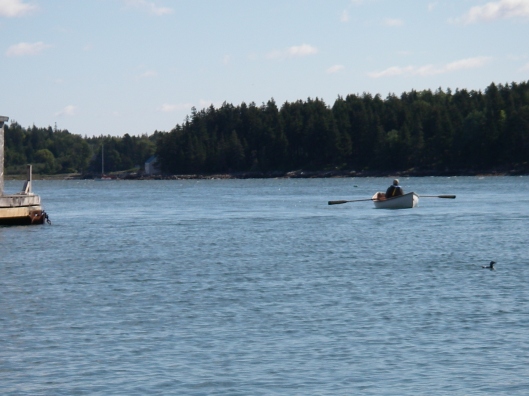 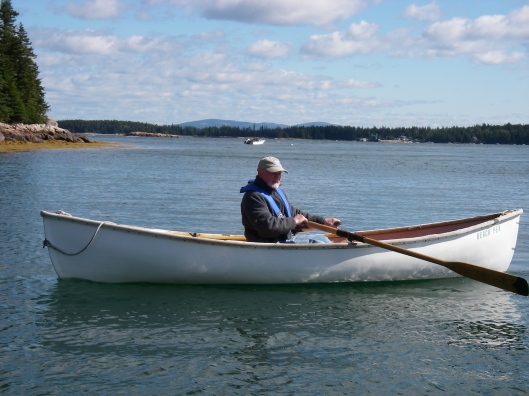 Leaving Mackerel Cove involved a side trip to McGlathery Island, due to wind and tide. This trip might also be titled “looking for Bill Cheney” – as yet unsuccessful!
Across from McGlathery, it looks like the Universe was playing at marbles.

This one is for Patty Kirshner – you’ll see why. I like to think of it as DRK, looking on. 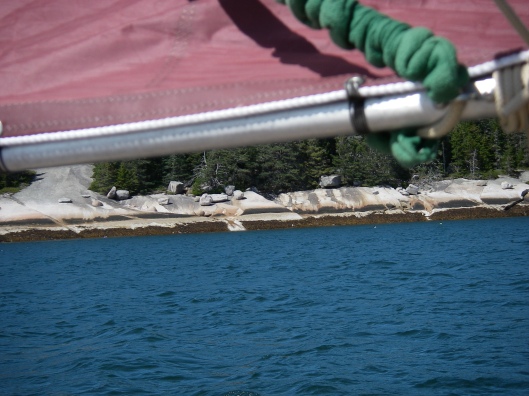 There was supposed to be a night at McGlathery, but the wind and waves were bouncy, and with an ideal tide and wind, up came the anchor and off we went, to our original destination of Eggemoggin Reach. 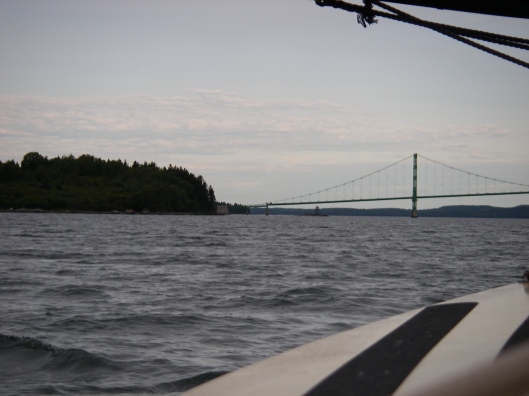 What was completely impossible earlier in the day was now easy, and a little over two hours later, as the sun went down, we were anchoring in a handy cove along the south side of the Reach. In the morning it was down to Pickering Island, which would have been nice if the wind had not shifted east (forecast southeast and then southwest)! On the weather radio in the night it was blowing 35 knots, from the east, at Matinicus Rock… Friends in Carver’s Cove were having the same problem with waves from that wind, but we had some fun texting about the crazy situation, as we all rolled around.

The next day was a great opportunity to go and look at Horseshoe Cove, which has been a place I’ve wanted to see for years, passing by its entrance over and over.

After a night in there, and some fun tacking out in the morning, there was a fine wind going up Penobscot Bay toward Holbrook Island. 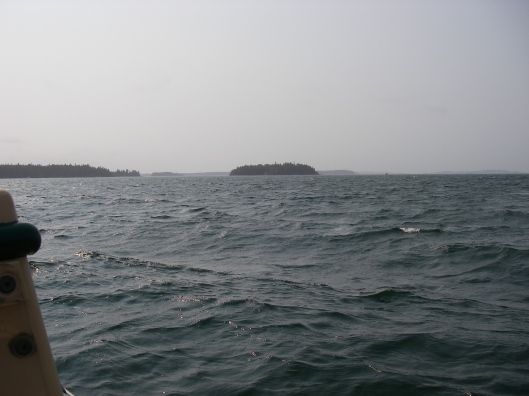 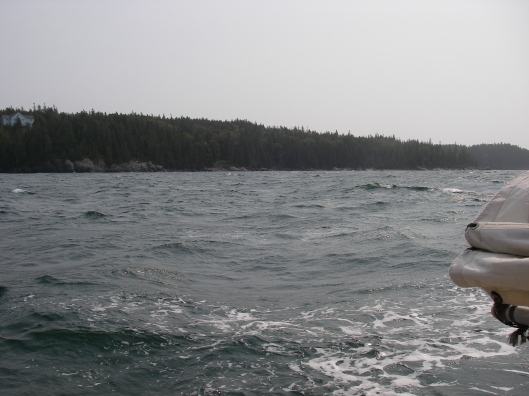 Now it’s Holbrook Island, in the rain, with the lovely scent of the dripping forest. 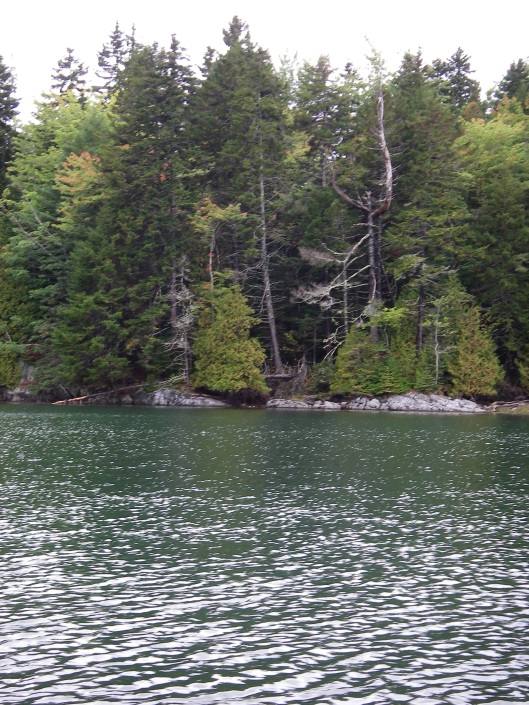